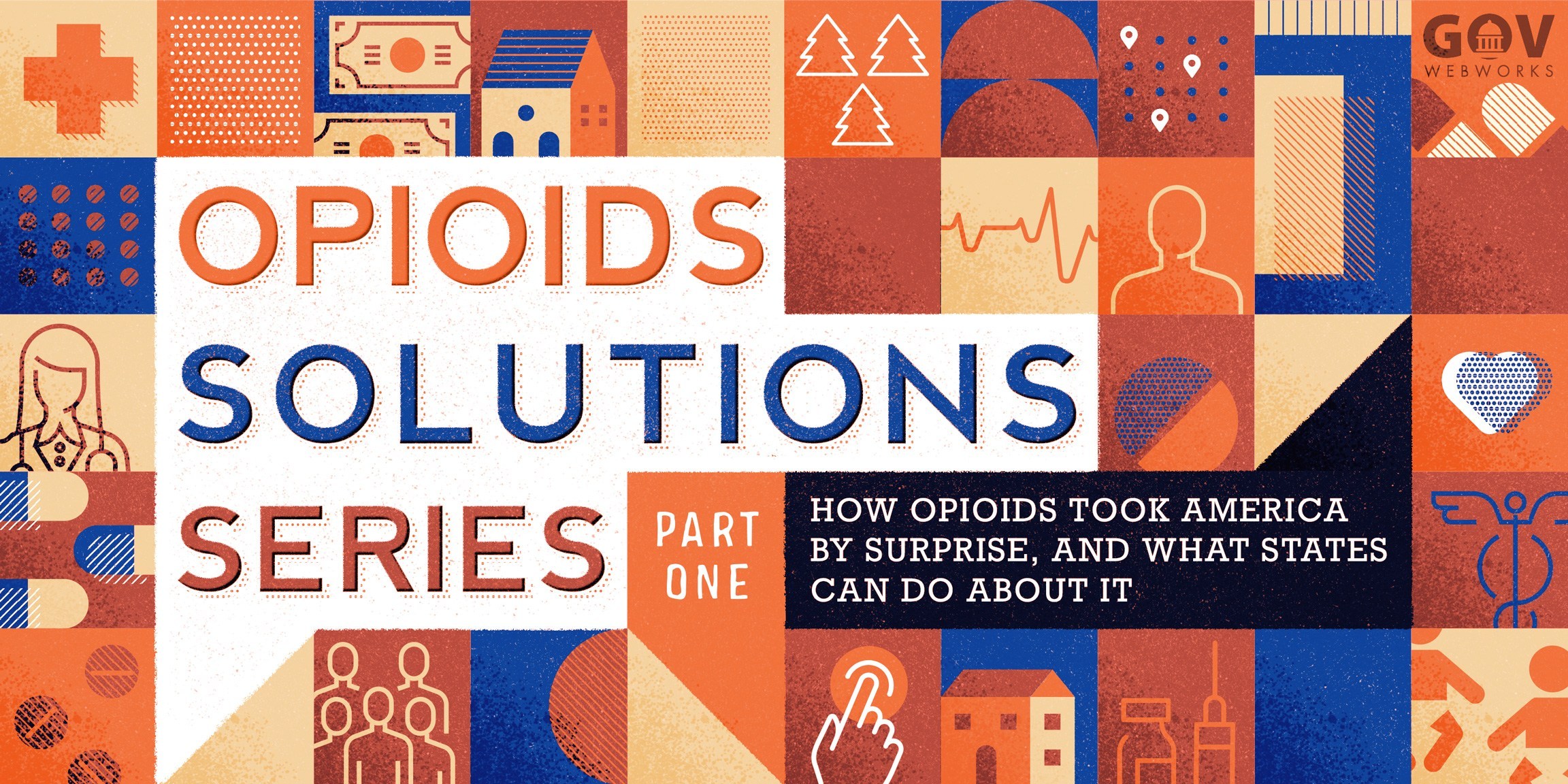 The opioids crisis has been all over the news for a reason. The effects are far reaching and often devastating for those with addictions, as well as their loved ones, the community, and health and social services agencies. In this three-part series on opioids crisis solutions, I hope to provide perspective on this issue, look at some responses around the nation, and inspire states to take action.

Many of us, including those involved in social services, may feel at a loss for how to help. Opioid addiction presents state agencies with a multivariate problem. Agencies need to know how to identify, treat, and support a wide range of people with potential mental health, substance abuse, housing, and criminal matters. They must also engage with the wider community, family members, and those of us in need of more education on this topic. This is where technology can provide solutions.

In Part 1, I will examine the wider context of the opioid crisis, who is affected, where it is happening, and what the costs are.

In Part 2, I will look at what some innovative states are doing in response, and what models are working and why.

And in Part 3, I will focus on what states can do to help, how to determine which model works best, and how to get funding.

Context on the crisis

The opioid crisis may be starting to plateau, but it isn’t showing signs of diminishing anytime soon. (1) As the graph below illustrates, drug overdose deaths have increased rapidly in the United States, especially during the past 10 years. (2)

It is easy to get lost in the sea of statistics. But, behind these facts and figures lies the beauty of a real person’s life, and the deep and complex sadness of those left behind. As the humanizing obituary of Maddie Ellen Linsenmeir reminds us, these are real people, not just numbers. Maddie’s story went viral because it told the trials of an opioid user in an honest and relatable way.

The growth and pervasiveness of this epidemic is truly staggering. It has affected people from all walks of life across the nation, not only people traditionally thought of as most vulnerable to drug use. Opioid abuse is no longer an urban issue, nor does it only affect certain races, or sub-sects of society. This crisis has spread into everyone’s backyards and a wide cross-section of society.

Where do opioids come from and where do they end up?

Most heroin comes from Mexico and fentanyl originates in China, according to the US Department of State. They may contain a cocktail of synthetic substances which can be 50 to 100 times stronger than other opioids and therefore increase the risk of an accidental overdose. (3)The robust supply chains support the high rate of addiction. Between 2012 and 2016, the number of overdoses involving synthetic opioids increased by nearly 640%, according to a recent article by CNN, and the mortality rate from synthetic opioids in 28 states has doubled every two years from 1999 to 2016.

Specifically, hardest hit by synthetic opioid related deaths, have been Northeastern states like Maine, Massachusetts, Vermont, and New Hampshire. Other states such as Pennsylvania, Ohio, Kentucky, and West Virginia have also struggled, as the following map displays.

*Academic research map produced by the University of Stanford.

East Coast states appear to be using a more deadly version of heroin, which has left New Hampshire and West Virginia with a significant decrease in life expectancy. As Ben Tinker writes for CNN, “the opioid epidemic has evolved as a series of three intertwined but distinct epidemics, or waves, based on the types of opioids associated with mortality.”

With the steady flow of non-prescription opioids there is greater access to harmful substances, and a greater risk of people we know becoming addicted.

Why do people use opioids and why should we care?

This health crisis snuck up on most Americans. Unaware of the risks associated with medically prescribed pain management drugs, people like Amy became unintentionally addicted.  When Amy was 14 she was hospitalized from a knee injury while playing soccer.  Subsequent surgeries resulted in her receiving opioid prescriptions. When these ran out she resulted to drastic measures to obtain more. This could happen to anyone prescribed opioid pain medication.

According to the National Institute on Drug Abuse:

What is most troubling looking at the statistics above is how easily addiction could happen to someone we know. Reducing the amount of opioids prescribed, and access to illegal sources may help, but only if a person has not yet formed an addiction. Once a person has a substance abuse disorder, finding the right kind of treatment in their area may be a challenge. Increasingly rural states, impoverished areas, and suburbia are disproportionately affected because they are less equipped to provide the necessary help.

According to CDC, there are many other reasons aside from prescriptions why people begin using drugs. Sometimes there are mental health issues. Sometimes it’s due to unresolved psychological or physical pain. Sadly, many wrestle with the stigma surrounding drug use, which has led to social isolation.

Better education is needed about the realities of issue, but we also need to provide more comprehensive assistance so there are less obituaries like Maddie’s. Unfortunately it’s difficult to find widely publicized success stories. This may be because until recently, it’s been difficult for states to find the additional funds to adequately provide treatment.

What are the costs and impacts?

This epidemic impacts society in many ways. The White House Council of Economic Advisors reported the economic cost of the opioid crisis to be $504 billion, or 2.8 percent of GDP in 2015. And the non-profit health research organization, Altarum estimated the opioid epidemic to have cost the US one trillion dollars since 2001, and will cost another $500 billion by the end of 2020.

According to the Economist, “increasing distribution of naloxone, a life-saving drug that reverses overdoses, would decrease deaths by 4.1%; moderately expanding medication assisted treatment (MAT), which reduces cravings for drugs and helps users lead a more normal life, would cause another 2.4% drop, but as public-health experts at Stanford University estimate, on the current course, just over 500,000 people will die of overdoses from 2016 to 2025”.

Most people affected by the opioid epidemic are working age adults. However, tragically, sometimes those affected are just beginning their lives. This includes the unborn. According to CMS, “as of 2012, there was an average of one infant born with Neonatal Abstinence Syndrome (NAS) every 25 minutes in the United States and roughly 80 percent of infants treated for NAS receive their care through Medicaid.”

Federal funding is essential to help state agencies create long-term, successful solutions to this problem. Funding can be used to integrate innovative substance abuse treatment in areas facing provider shortages. Virtual treatment centers, remote counseling, and technology tools can play a vital role in the health care system. This is particularly helpful in rural areas where distance to travel to physical treatment centers is a factor.

Some states struggle to find funding and connect resources for opioids treatment and support. Others might leverage Medicaid funds to expand longer term solutions and treatments, while others use temporary SAMHSA grants to kickstart their efforts. As another option, there have been several state settlements with pharmaceutical companies like Purdue and Johnson and Johnson that may provide states with additional funding opportunities. (Funding options will be discussed further in Part 3 of this series.)

What began as a well-intentioned effort by physicians to help people manage their pain has grown into a generational problem. Whole families and communities have been affected. People struggle to find solutions and treatments. State and local resources are being stretched.

As co-founder of Facing Addiction, Greg Williams, famously stated, “Twenty-two million Americans are currently suffering from a substance use disorder, and more than 23 million others are living in recovery. When you include the families of the afflicted, addiction impacts over 85 million people (a quarter of the 330 million people in the USA) – we all know somebody. It’s not ‘those’ people, it’s all of us.”

Thankfully, we are now waking up to the full scope of this crisis. Better education is helping. MAT and patient-facing technologies such as apps and remote monitoring are gaining wider adoption. Grant funded projects and better access to treatment services are also spreading across the nation.

In the endeavor for solutions, I believe certain technology tools can help to alleviate the crisis. These include customer facing resource portals, mobile apps, and shared collaboration dashboards.

In Part 2 of this series I hope to inspire you to think about what actions you could take in your state. We’ll look at some innovative states to help determine the best approaches. I will specifically examine three models:

Lastly, in Part 3, I will examine the grant funding process, what steps states can take to get funding, and how they can leverage technology to make a difference. 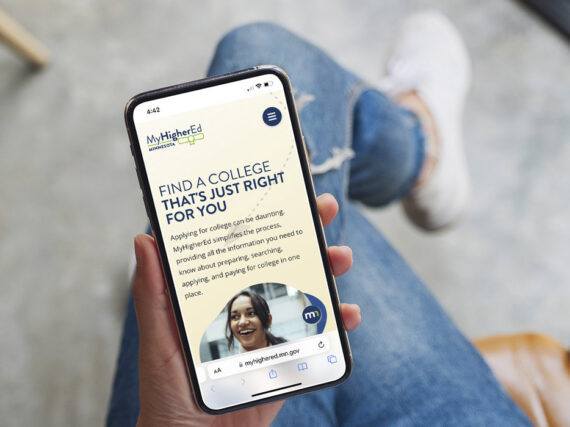