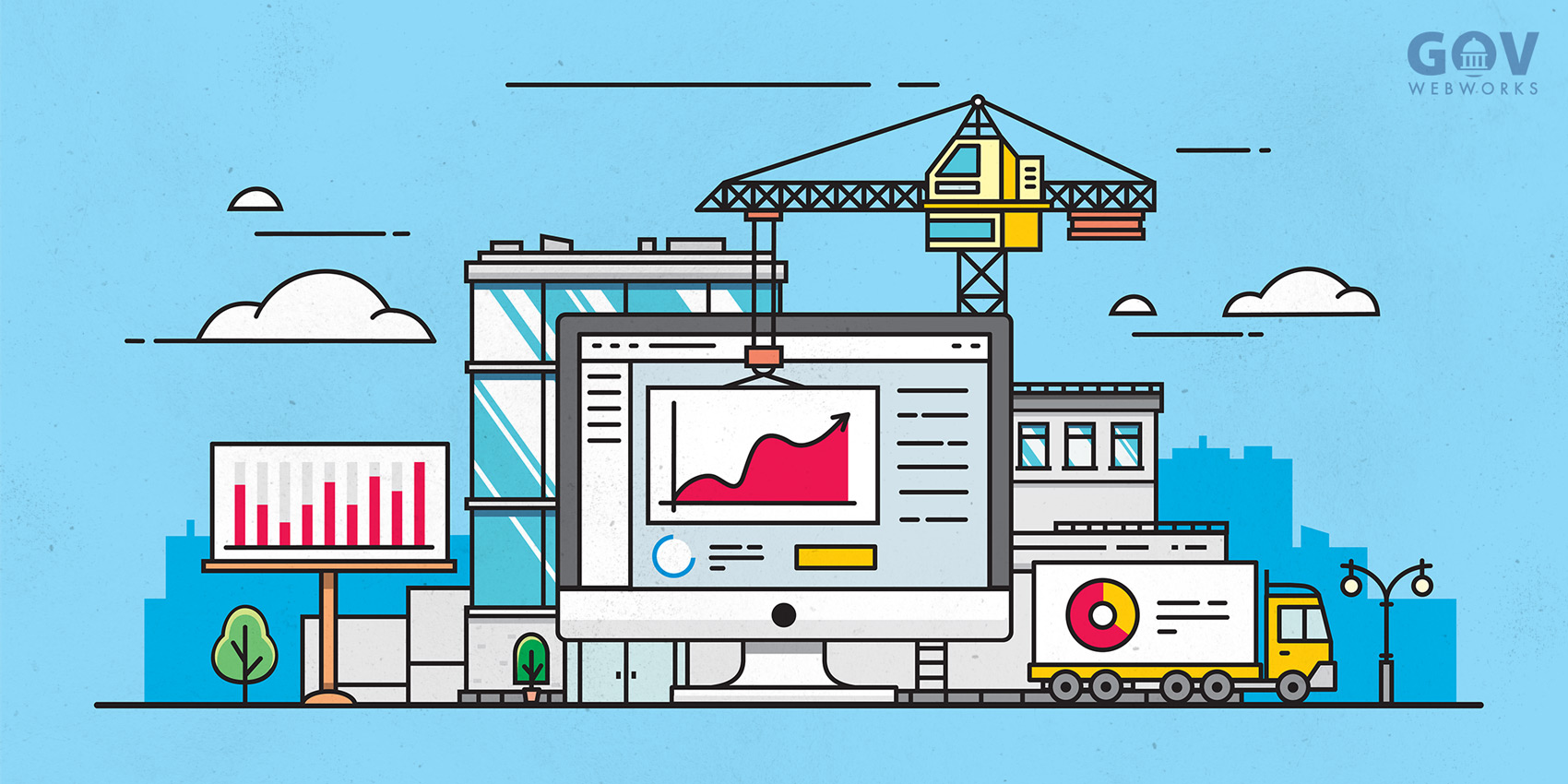 In the light of the current public health crisis and subsequent economic fallout, we can expect Child Support Enforcement to come under increased pressure. It’s a given that the immediate and widespread impact on employment is going to place pressure on parents with child support obligations.

At a minimum, many parents will be reaching out to CSE agencies to report a change in their income and amend their current order. Beyond that, sadly a higher than normal number of parents are likely to fall behind in their payments, requiring agency intervention. This doesn’t even begin to factor the knock-on effect as custodial parents turn to other social programs to replace the missing support.

It’s at times like these that older systems handling CSE caseloads come under increasing strain. The result is an even greater backlog of cases and significantly extended processing times. Given this pressure, states who have already modernized their CSE system are better able to handle the overload than those that are still supporting decades-old legacy systems. For those that have not modernized, it is still possible to take steps now to plan for an unpredictable future.

Longest talked about the various trends emerging in the way states are approaching the prospect of system modernization. She highlighted two new technical approaches to consider as alternatives to total system replacement, low-code platforms and modernizing in place (or re-platforming).

Platforms like SalesForce and Microsoft Dynamics are being leveraged to fundamentally redevelop a state’s child support system. The promise of this low-code approach is that it can speed up development by relying more on configuration than coding. Additionally, as Margot Bean of Deloitte Consulting says in an interview with NCSEA, “leveraging a modern COTS platform…can help states take advantage of out-of-the box functionality and regular product upgrades offered by product vendors to mitigate development and maintenance cost impacts.”

In other cases, modernization is being driven by the sunsetting of hardware and software components, rather than an inherent failure in how the current system operates. States can elect to “re-platform” what they have into more contemporary technologies without making significant functional changes. “Modular system enhancements allow states with more limited funding to use technology to automate processes, helping to ease pain points and achieve quick wins,” says Bean of this alternative.

The received wisdom on the two modernization approaches is that re-platforming is less expensive but is also likely to deliver less value since it focuses on a lift-and-shift effort more than significant functional changes. By contrast, low-code platforms offer states the opportunity to take more ownership of system modernization through drag-and-drop tools that require little development experience. However, if we take a close look at these beliefs, it turns out re-platforming has more potential than anticipated, and low-code platforms have more complications.

The drive for many states to re-platform is often due to the retirement of the state’s mainframe hardware, or retirement of the developers who know how to work on it. In these cases, IT teams might simply be looking not to break anything as they make the switch from COBOL to Java, .Net, or other contemporary frameworks. This can set the sights too low, since the switch to new technologies allows for many other improvements that can be implemented to improve usability.

Even if a state is satisfied with how a system is working on their mainframe, there are hidden usability costs of older systems. For mainframe users, the memorization of keystrokes, short codes and function keys are second nature, but for the new, younger users the old system runs against everything they have learned about how software operates.

Simply by improving the usability of a system, as noted below, the state can gain significant improvements in productivity and overall case processing efficiency. The benefits have direct impact on the children and families the system supports.

Kate Cooper Richardson, IV-D Director for the State of Oregon, told NCSEA that the state’s recent modernization effort “will help us not only to get money to families faster, but also to build capacity in our program—such as targeted labor-intensive but effective case management for certain parents or unique populations.”

In the examples below from our work on Idaho’s Child Support Enforcement system, you can see that although it had been re-platformed initially, it still ran on the old green screen terminals which were rustic at best. By implementing some additional usability improvements, caseworkers could view more information on a single page in a format that is easy to understand. These changes meant case information could be updated more quickly, without missing critical information during input.

Furthermore, thanks to the system’s shallower learning curve, each case worker can now perform a broader range of tasks. On the old system, the work was highly segmented to people who only knew how to perform very narrow functions. Altogether, the simple changes shown above allowed for faster case processing times.

As mentioned at the beginning, one of the promised advantages of the low-code platform is that non-developers can now produce applications through drag-and-drop interfaces without writing a single line of code. These platforms promise to be a force multiplier for agencies, who can leverage SMEs and business analysts to try their hands at dragging and dropping their software up to modern standards.

On the surface this appears to be possible, but there is a hitch. Platforms like SalesForce, Pega and Microsoft Dynamics offer rich libraries of interface components to build out complex, transactional applications. However, although the work looks simple, when building large systems the following core principles of software development still apply.

Documentation: For an application to be extensible and maintainable, people have to understand how it works, and why certain decisions were made. If this isn’t thoroughly documented, a future contributor may find themselves picking through a maze of logic before being able to make any upgrades.

Testing: Software needs to be tested continuously. Not just the latest deployments, but all the underpinning features, to make sure the new code doesn’t break and of the old code

Tackling a large project requires discrete roles, thorough planning, and great organization. Before you know it, you’re running a software development team. The reality we find is that despite the efficiency promise, many organizations using low-code platforms have to bring in outside help to organize and drive their efforts…exactly the situation they were trying to avoid.

Whichever approach you take, once a platform is modernized, it’s important to avoid sliding backwards. Taking an “if it ain’t broke, don’t fix it” mentality soon turns into a “nobody knows how to fix it” situation. The reality is that all software requires ongoing maintenance to keep it fully functional and secure. Again, there are differences in how this is handled according to the approach taken to modernize.

Just like a house, software has upkeep needs. If you rent a house you can expect your landlord to take care of that for you, so long as you keep paying your rent. Similarly, low-code Platform-as-a-Service offers continued patching and maintenance in exchange for a monthly or annual licensing fee.

On the other hand, if you’re a home owner, eventually your mortgage will be paid off, then all you have to budget for is ongoing repairs and improvements. The same goes for re-platformed solutions that still require periodic maintenance, though not at such regular intervals.

Which solution is best?

As agencies think about modernization, here are a few key takeaways to consider:

Even if your software isn’t technically broken, don’t diminish the benefits of making it easier to use with faster case process, smaller backlogs, and fewer mistakes. Each approach can offer improvements in usability, but a re-platformed solution offers a blank canvas on which to imagine improved functionality.

What is your agency capable of doing? Is it going to be easier to manage an implementation vendor, or do you have the ambition to take on some of the development yourselves, maybe as part of larger organizational transformation? Can you take on such a transformation at the same time as modernizing?

Funding assistance may be easier to find for a one-time expenditure, rather than long-term sustainment, based on one-time federal support. Alternatively, ongoing licensing costs may be easier to factor into operating budgets than one big lump sum.

As we are about to witness, the cost of doing nothing is not to be underestimated and CSE agencies need to brace themselves for the coming barrage. “It is difficult to keep new workers as the legacy system provides no true guidance on how the worker is to work their cases,” Craig Burshem, IV-D Director for the Commonwealth of Virginia, noted to NCSEA. “They are often overwhelmed by the work lists.”

Re-platforming is an opportunity to approach modernization incrementally. Each step can relieve some of the pressure on your organization, and help to provide better support for the children and families that need it. 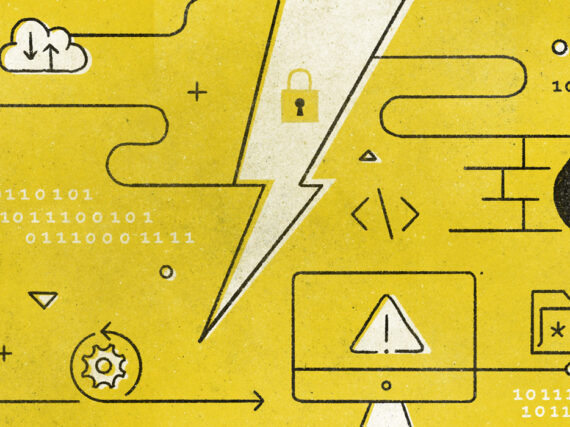